Solidarity with the White Feather Collective

Yesterday a crowd of people came out to the Sheriff Court in solidarity with four members of the White Feather Collective, who were up in court for dropping a banner from the Finnieston Crane on Armed Forces Day earlier this year.  Never ones to remain idle, the rest of the collective set up a stall with free food, cake, coffee and tea, as well as handing out info on why resisting militarism is needed and making links between the court and military systems.

In the end all four were acquitted which amazing news! 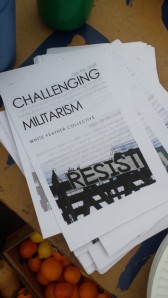 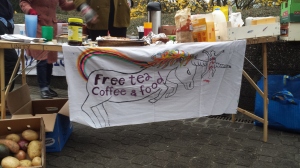 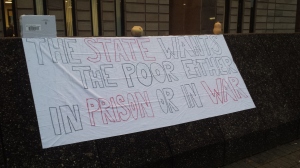 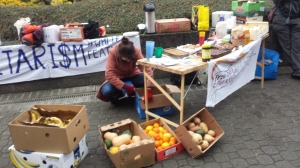 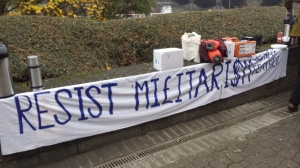 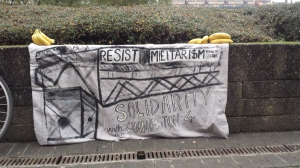 Yesterday marked one hundred years since the start of World War One. Billed as the war to end all wars, it has unfortunately not lived up to that slogan. Looking at the media today you can often be confused for thinking that WW1 was fought for freedom and not the clash of imperial expansion. The government planned ceremony at Glasgow Cathedral and wreath-laying on George Square was a surreal celebration of war, the monarchy and nationalism, led the royals and government officials who benefit from wars today and think nothing of sending people out to die to extend their power and wealth.

These grotesque celebrations did not pass without comment. The Scottish Peace Network had people from all different groups distributing information with the truth about conditions in WW1 and in war throughout the city centre. Some of us put up banners opposite the ceremony at the cathedral before heading along to the celebrations on George Square, however there was a disturbing amount of unnecessary cooperation with the police, leaving the Peace Network poorly positioned and often talking with cops rather than with other passers by. 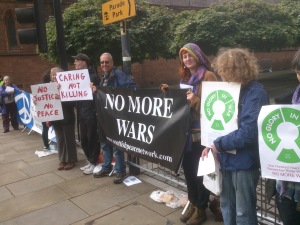 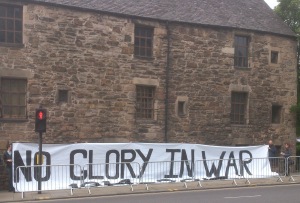 Those involved with the Peace Network activity soon moved to George Square, where a full military parade was due to take place. They were joined opposite by members of the White Feather Collective who were able to unfurl their banner as Prince Charles entered the square and spread white feathers in front on the parade in remembrance of those who were accused of cowardice for refusing to fight. On the other side the huge banner brought along by folks from Faslane Peace Camp was held aloft. At one point builders lent scaffolding and wooden beams to hold it up, however the police bullied them into taking it back. The real solidarity was totally appreciated. 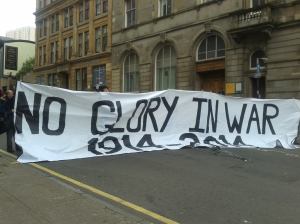 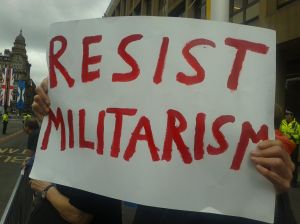 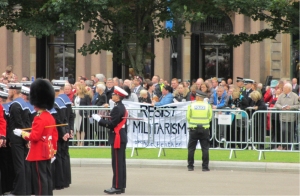 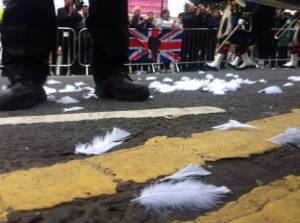 Once the feathers had settled there was time to regroup, hand out copies of the Anarchist Federation’s Against War in town, then at 2pm off to Kelvingrove Park where the White Feather Collective had arranged an event where we chalked out the outlines of the 1,500 people who had been killed in Gaza over the previous 26 days. 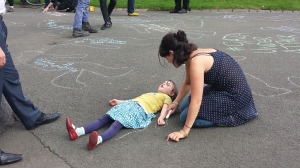 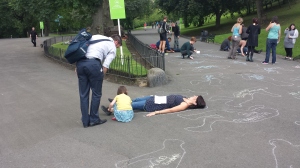 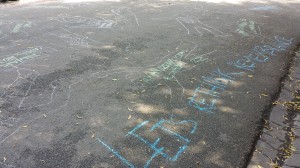 At one point over sixty people were working on drawing outlines, writing names and talking with passers by (many of which stopped to help). The overwhelming majority of people passing through were supportive of both of the anti-military message that there is no glory to be found in war and also the need to raise awareness and take action in aid of those suffering in Gaza.

By 7pm the trail reached from the fountain up to the war memorial and all those who we had listed were represented. Some of us walked back along the trail with a banner; we got lots of support doing this and one group of people even stopped and clapped. 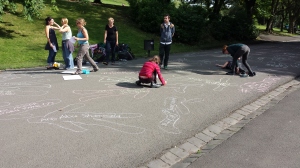 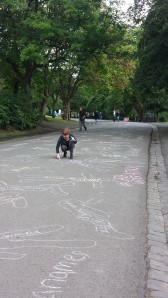 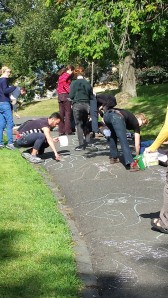 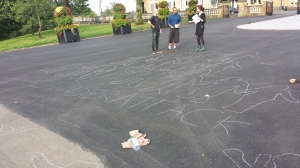 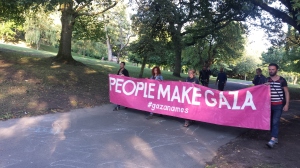 All told the day brought together many of the groups opposed to militarism in Glasgow and we demonstrated how we can all compliment one another’s strengths and cover each others weaknesses, while at the same time building awareness and public support for an anti-military message.